LAMPS I THE AURORE COLLECTION

The design of these lamps is inspired by the shape of the handles of the Aurore console. The winglets are made of solid walnut or solid sycamore. Some are lit by LED strip lighting and can sit on a surface (small table, mantle piece…), while others which can be suspended are lit with low consumption LED filament light bulbs.
Height: 25 cm
Diameter at widest point: 20cm
A variation of the lamps has curved winglets and different proportions, offering an entirely different more feminine appearance.

The circular ceiling light is made up of two structural circles in walnut, into which is sunken the LED strip lighting, sending light into the perpex from above and underneath. The sycomore covered perspex batons, inspired directly from Aurore console in luminescent wood, maintain the cercles apart. The three cables which suspend the light are of adjustable lengths and the intensity of the light is controlled by a remote dimmer switch.

A framed bevelled mirror complements the Aurore collections, taking its inspiration for the frame from the upright rods used for the sliding doors of the Aurore console. Each rod is handcrafted in solid walnut.
90cm x 50cm, it can be hung vertically or horizontally. 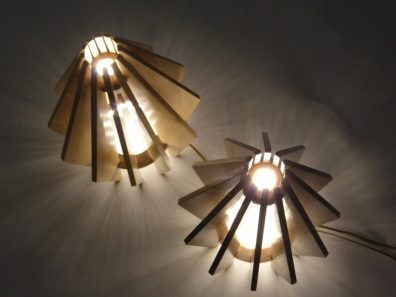 plunge vue of the Aurore lights 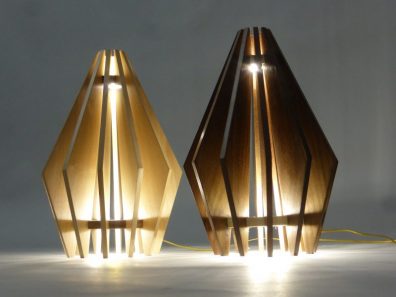 pair of Aurore lightss in walnut and sycamore 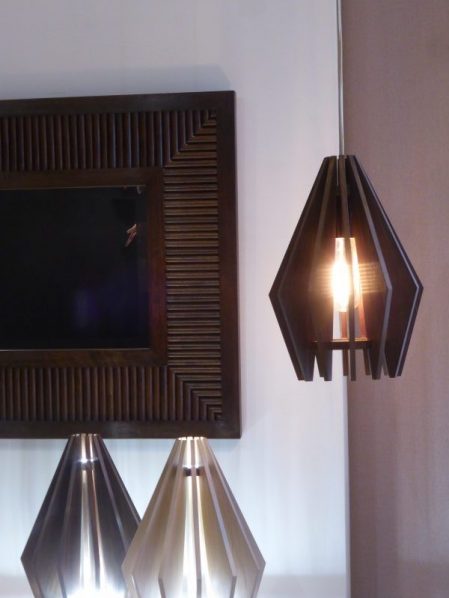 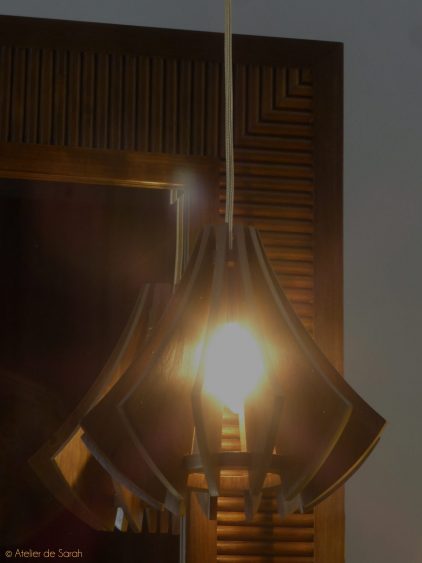 Variation of an Aurore lamp in walnut with curved winglets 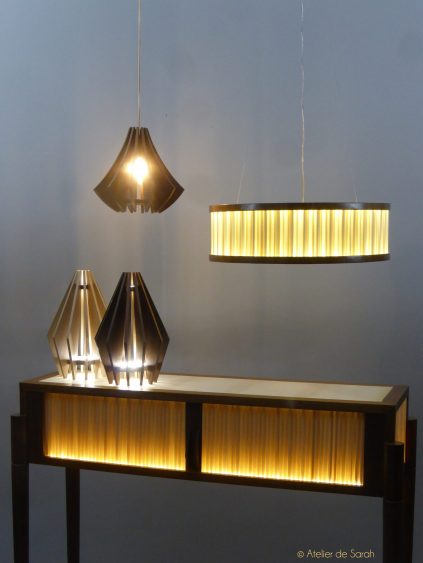 The Aurore collection with its console table, its chandelier, its suspended and table lamps.